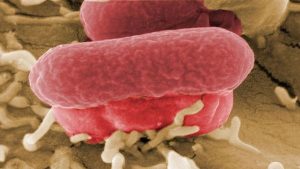 At the start of the new year, the centers for Disease Control and Prevention and the federal Food and Drug Administration announced an investigation into toxic E. coli infections in the U.S.

Since November, 58 people in the U.S. and Canada have become ill from a dangerous strain of E. Coli. Two people have died and fifteen states have been affected. Canada has mentioned that Romaine lettuce is to blame for this outbreak. The CDC says leafy greens appears to be the culprit for the U.S. outbreak but has not stated specifically which greens to avoid.

To learn more about this visit:

Connect with Extension experts from universities across the country.

Connect with your County Extension Office

Find an Extension employee in our staff directory